The City has been experiencing increasingly frequent and intense flooding that impacts transportation corridors, businesses, and public and private properties. This project explored the current and possible future roles of natural assets in the Courtenay River corridor in mitigating flood risks in the downtown core, including associated costs and benefits relative to engineered alternatives.

One key finding was that natural asset improvements alone would not solve the flooding problems but would reduce flood damage by between $723,000 and $2.4 million, and relocating at-risk buildings would cost approximately $6.8 million. 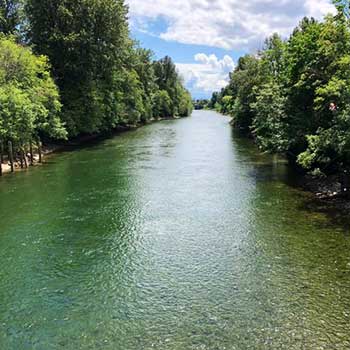