This community has completed its pilot project:

The District contains 13 watersheds, each with numerous tributaries. Some tributaries are in a natural state, and others are channeled through underground pipes and culverts. The ecological benefits of returning streams to above ground channels or “daylighting” and returning them to a more natural state are well-documented. They can include improvements to water quality, flood mitigation and habitat creation. The financial case for local governments to daylight streams, by contrast, is not well-documented.

The District’s objectives related to a covered 90-metre tributary to a creek near an elementary school. The District hoped to understand the financial and risk management case in terms of avoided future asset replacement costs for daylighting the tributary as well as the potential benefits in terms of increased habitat for cutthroat trout and coho salmon species.

Management questions the District wanted to answer through the process included:

Update:  The District of West Vancouver’s understanding that natural assets provide core services and form an essential part of asset management has led the District to launch an inventory of its natural assets. Find out more here. 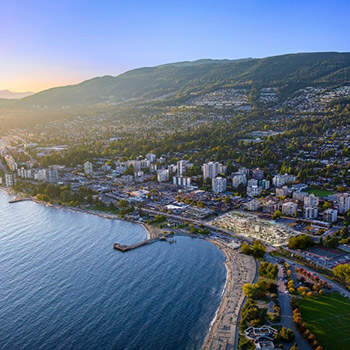